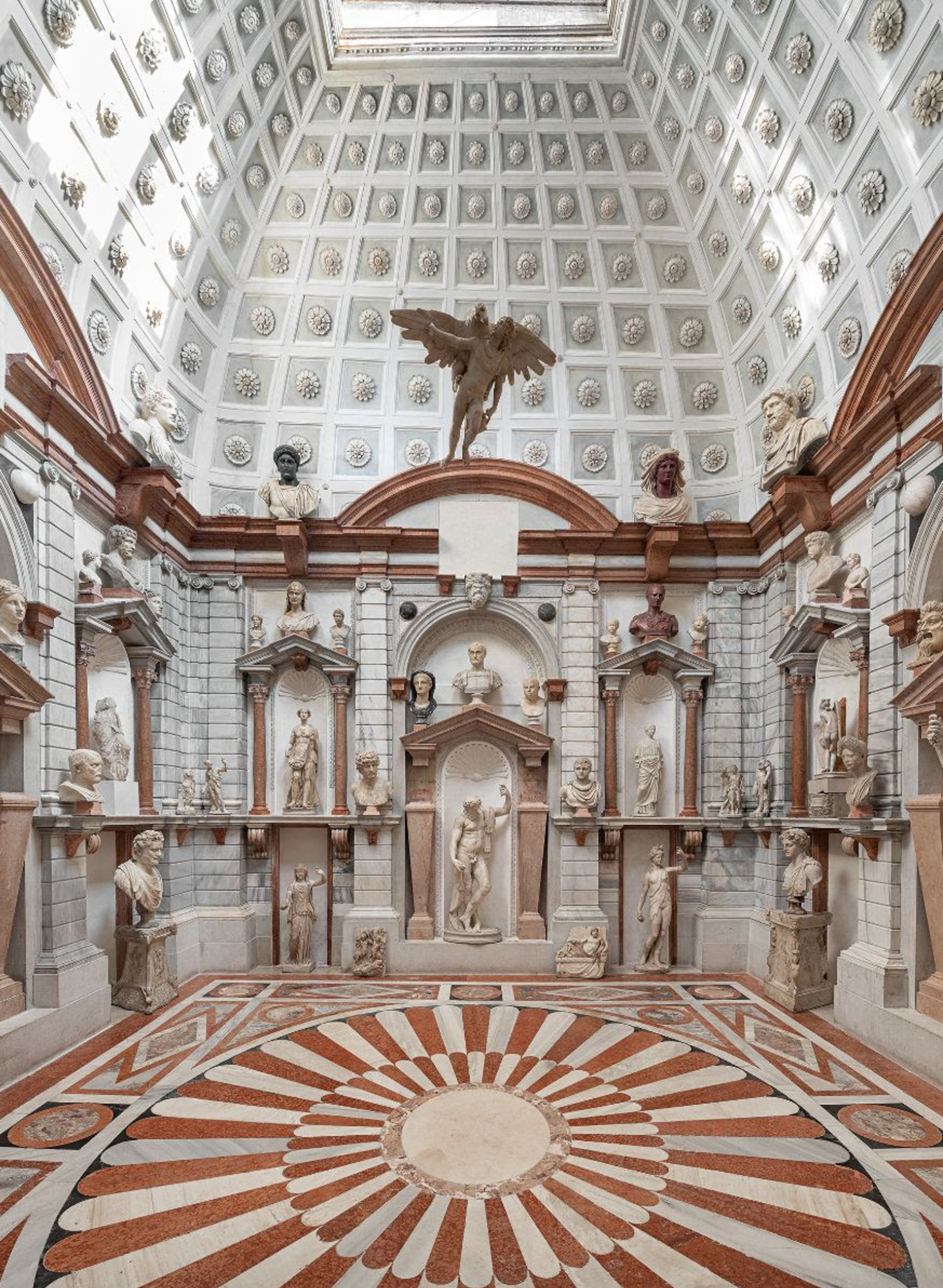 The heart of the exhibition DOMUS GRIMANI 1594 - 2019 is the reconstruction of one of the most important stages of European museology: the Tribune of Patriarch Giovanni Grimani, whose architectural structure is intact to this day - alongside the display of furniture and works in the previous rooms, with the intent to recreate the decoration of an aristocratic residence of the sixteenth century and thus restore to the visitors the atmosphere of a place that, thanks to this project, returns to the forefront of the Venetian cultural offer through an exhibition inspired by the aesthetics of the "house-museum". Palazzo Grimani itself is a precious rarity due to its architectural conformation which recalls the Roman domus and Renaissance models of the papal city. A cultural destination frequented by scholars, writers, artists, sovereigns and important people visiting Venice, it owes its appearance to the interventions made by Vittore Grimani and his brother Giovanni during the 16th century and can boast decorations of a Tuscan-Roman mannerist imprint, with frescoes and stuccos by Francesco Salviati, Federico Zuccari and Giovanni da Udine, a pupil of Raphael.