Enrico Dandolo and the Crusaders in Saint Mark’s Basilica 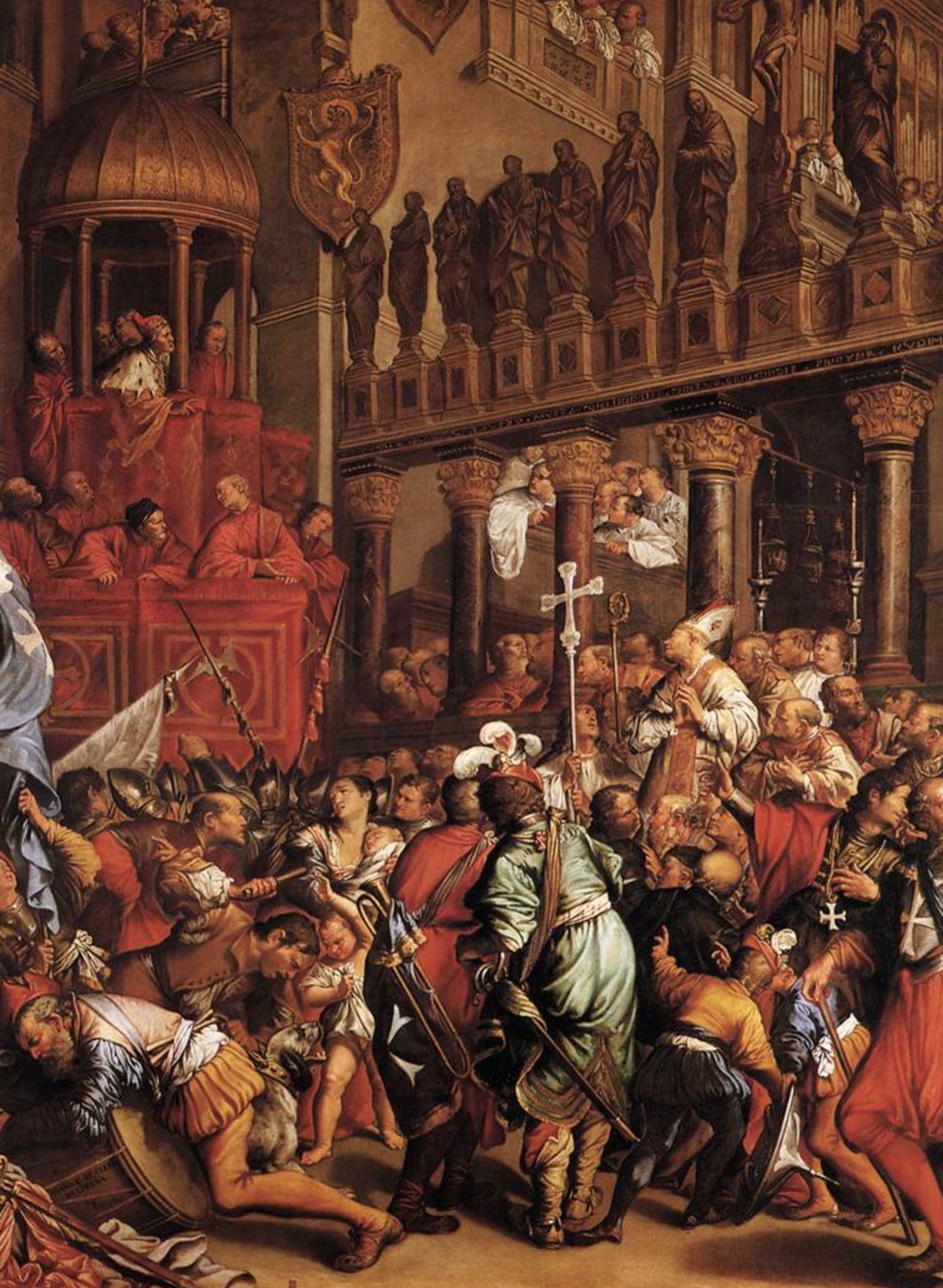 The scene portrays a historical event: the time when Doge Enrico Dandolo (1107 - 1205) swore his oath in view of the IV Crusade which lasted from 1202 to 1205 and that, in addition to the conquest of Constantinople, returned to Venice the cities of Trieste, Muggia and Zadar.  The Doge is portrayed on the top left, inside a loggia over the iconostasis of Saint Mark’s Basilica, whose columns and statues of the Apostles are represented by the sides of the Crucifixion; all around, the church swarms with figures, mostly of Crusaders going to war. Amidst them, overhead, the Venice Patriarch stands out.

Enrico Dandolo and the Crusaders in Saint Mark’s Basilica