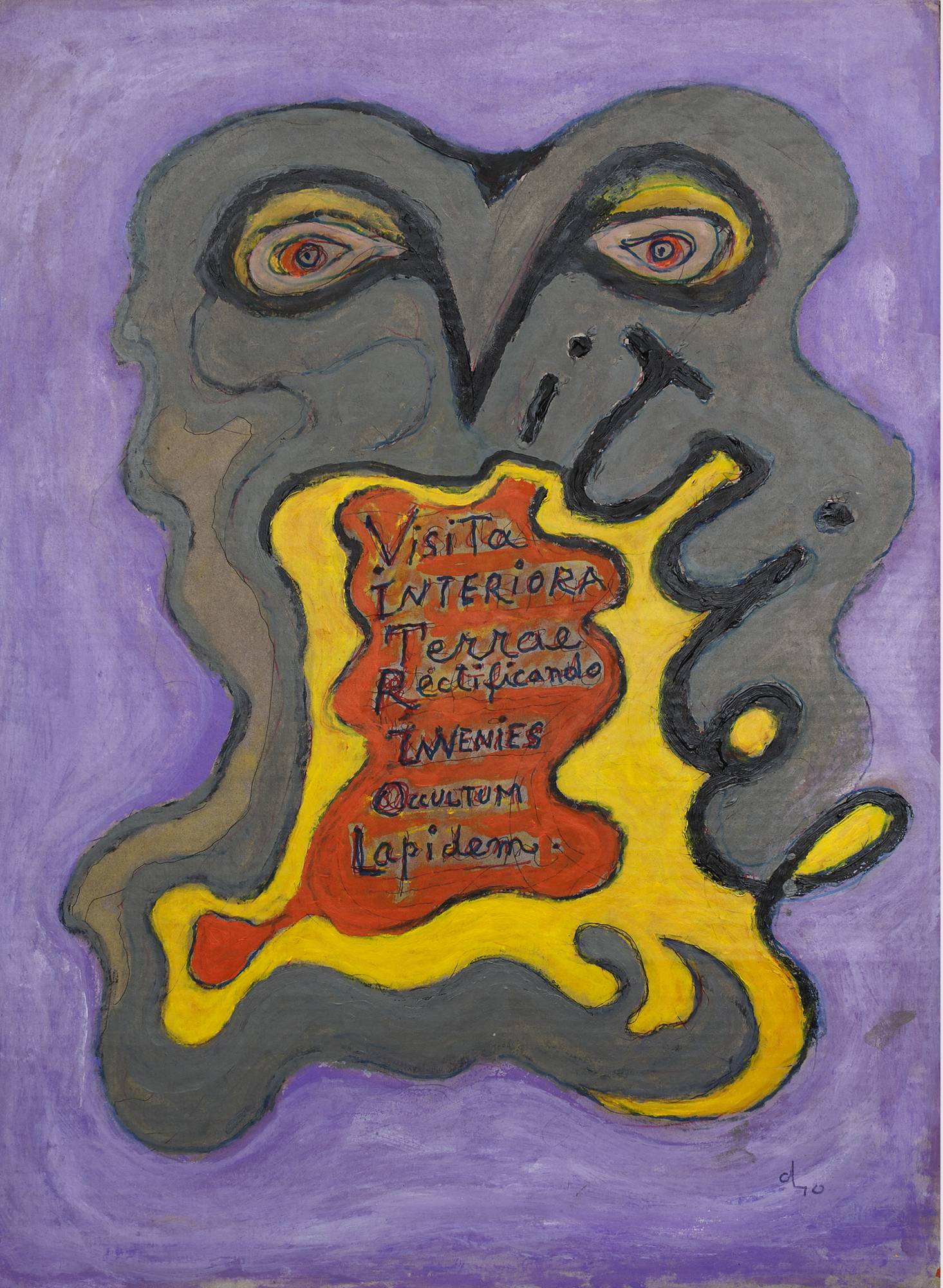 In the exhibition, curated by Aldo Colonetti and Luigi Sansone, in addition to the painting Vitriol (acronym of the Latin phrase "Visit Interiora Terrae Rectificando Invenies Occultum Lapidem"), 2010, and the drawing with the Latin saying Si ova struthionis sol excubare valet cur vero solis ope Virgo non generaret?, 1990, by Alberto Magno, there is a selection of twenty drawings made by Gillo Dorfles in 2017, a few months before his death in Milan on March 2, 2018. The inspired Vitriol summarizes the entire work of Dorfles able to lead us back to the essence of life, to distant conscious and unconscious perceptions, with surprising and pleased curiosity. Drawing has always been a pleasant daily exercise for Dorfles, a real passion. Not surprisingly, he had made his own the ancient Latin phrase Nulla dies sine linea ("No day without a line"). The broad ability of Dorfles to embrace with the thin tip of the drawing, a vastness of moods, mental and psychological perplexities and existential aphorisms, involves the observer in his world that neglects nothing and proposes everything with a critical, ironic and philosophical.