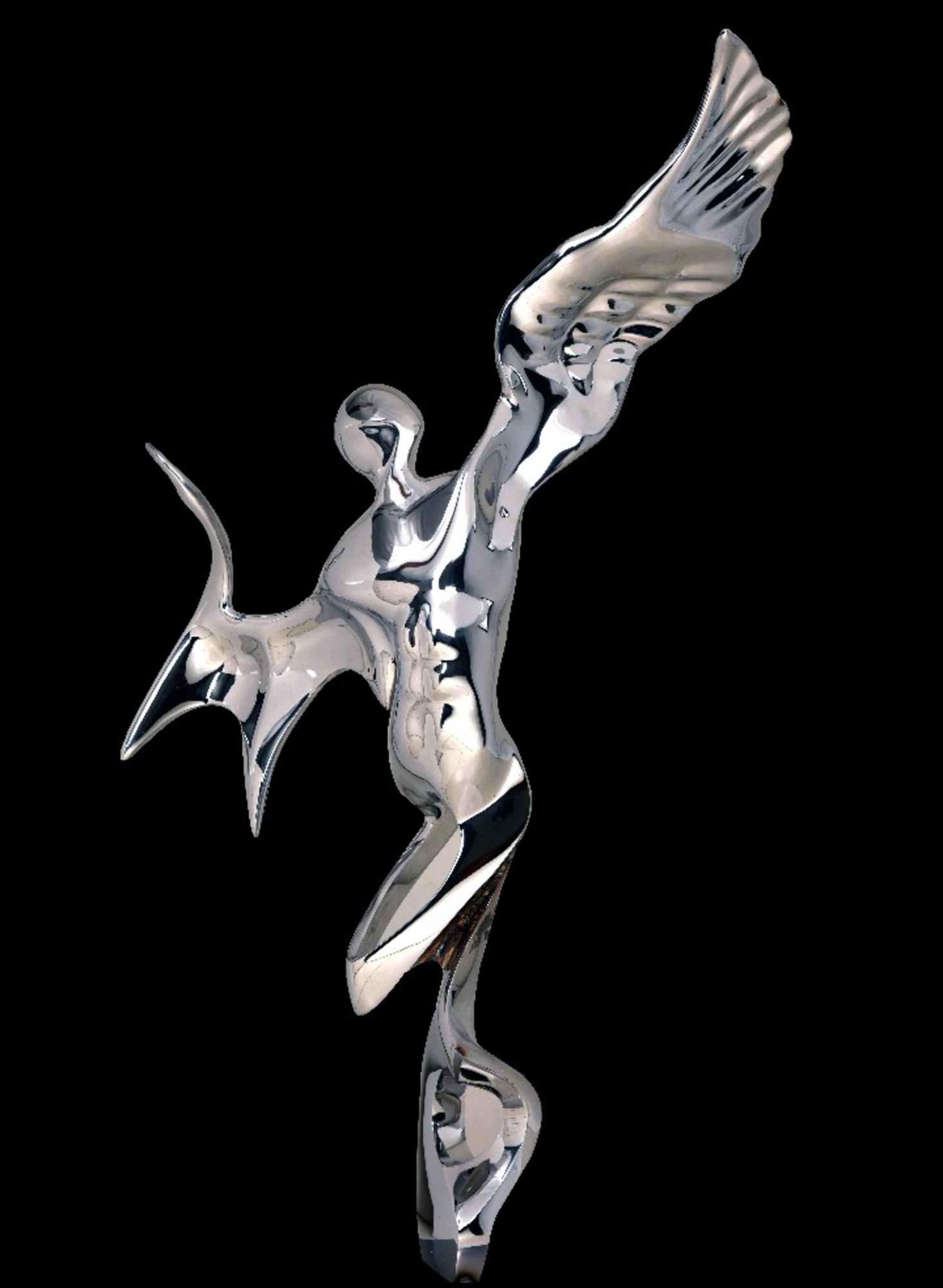 The Iranian sculptor Masoud Akhavanjam exhibits two major works entitled Dilemma of Man and Metamorphosis, as part of PERSONAL STRUCTURES of the GAA Foundation, an exhibition on open borders, in the context of the 2019 Venice Biennale. The two large sculptures, exhibited publicly at the Giardini Marinaressa until 29 November 2019, draw inspiration from ancient Persian mythologies contaminated by references to the socio-political contemporaneity of Iran, each conveying an educational narrative. The two works symbolize respectively - the Dilemma of Man - the eternal struggle between Good and Evil, in which a human figure becomes a battlefield between angelic and demonic entities to represent the most powerful men of history and contemporaneity and the consequences of their actions on fate of humanity. While in Metamorphosis three protagonists of Persian mythology merge, dating back to the Archemenide Empire around 500 BC, a bull, an elephant and a fawn, which in the harmony of their union between prey and predators, allude to the value of tolerance of differences to the universal need for collaboration between peoples and people.