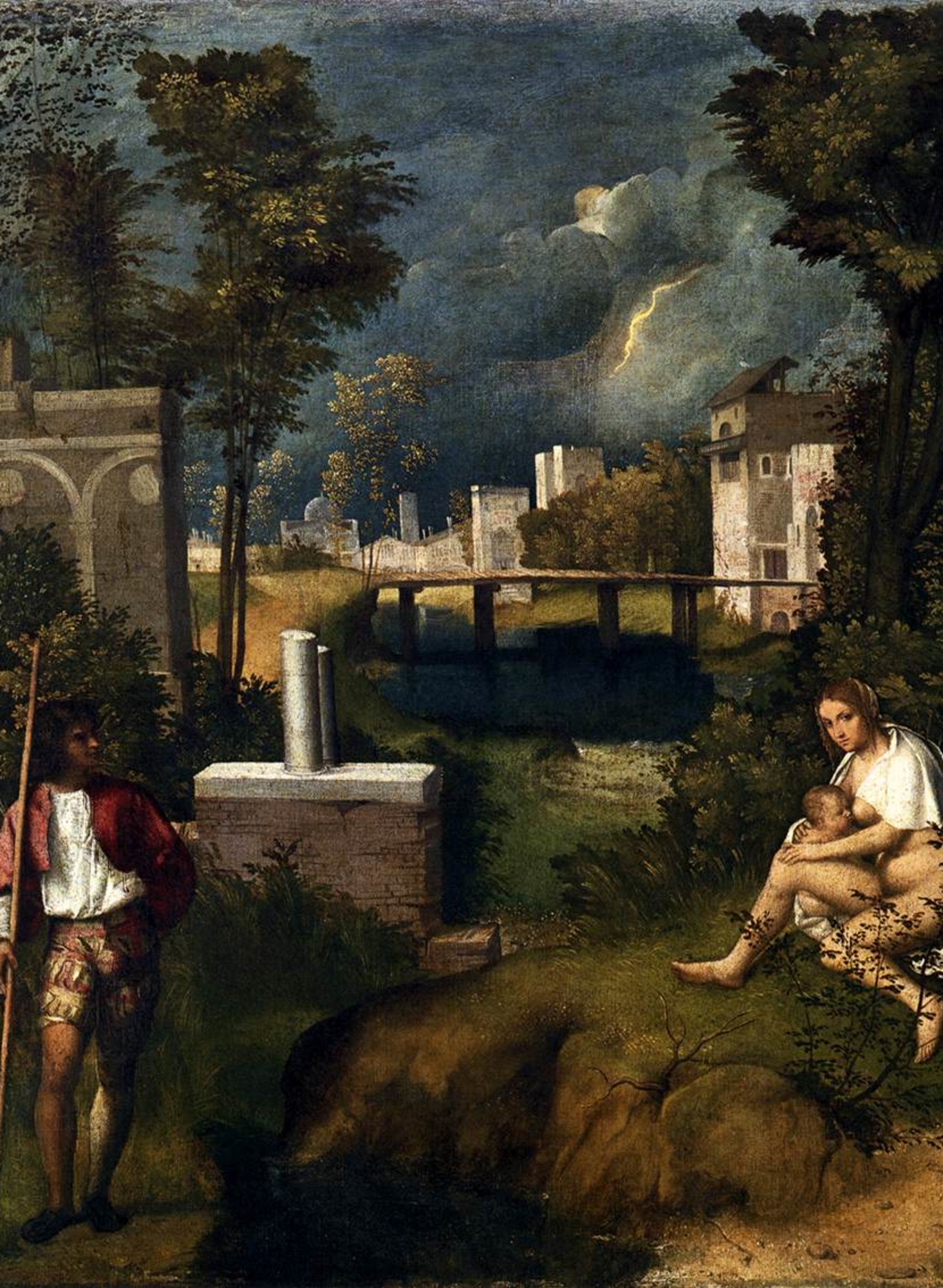 Preserved at the Gallerie dell'Accademia in Venice, The Tempest it only apparently represents a landscape with figures. It is a young soldier dressed in Renaissance clothes, leaning on a long stick, and a half-naked mother sitting on a meadow while breastfeeding her son. The center of the scene is occupied by a river crossed by a small bridge. In the background a city. The country setting of the scene is made leaden by a gloomy sky, dense with clouds and torn by the light of a lightning bolt, which gives the work its title. It is plausible to think that the work was commissioned by Gabriele Vendramin around 1504 and that the iconography of the painting would be related to a celebratory poem of the Vendramin family that would identify the young soldier in Silvio, the second son of Aeneas, while on the background his mother Lavinia at the moment of his birth into the forest (hence the name).